As you can see below, we have already learned a lot from data collected by our partners, but there’s much more to know. We are currently developing rigorous, quantitative methods that will allow professional scientists to analyze the vast amounts of data collected by our dedicated and passionate community scientists. We put data to work!

This map shows the number of boxes per Bird Conservation Region. There are a few partners in Central and South America that are not shown on this map. Certain Bird Conservation Regions are doing well, but much of North America has no AKP participation yet at all! We will continue to grow nest box participation throughout North America as well as in Central and South America. The American Kestrel ranges to the tip of South America, yet much of that population remains completely unstudied. Every nest box counts! 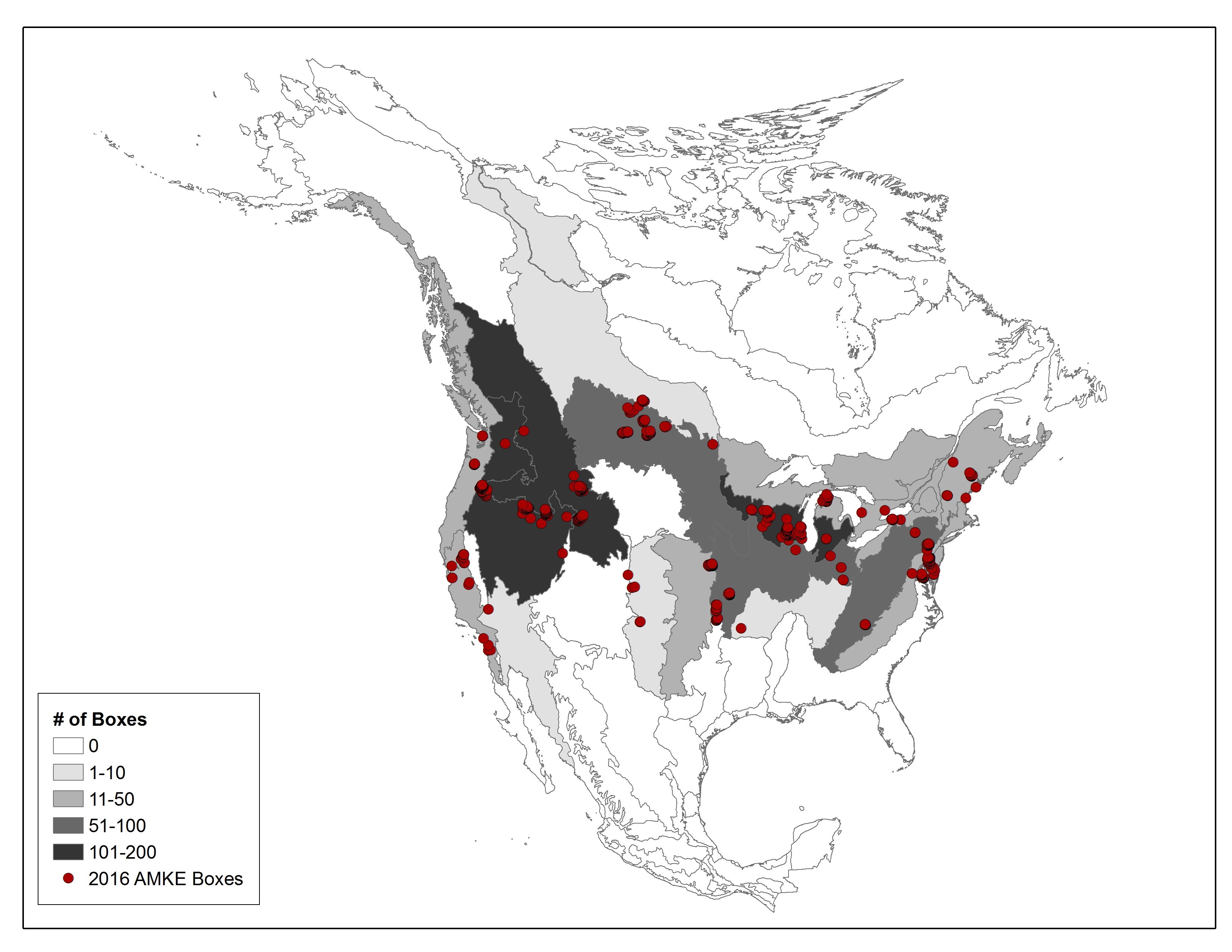 Not all kestrel boxes are used by American Kestrels. Several of the bird conservation regions have only a few nest boxes in them so the percentage of boxes used by kestrels in some regions might not yet be a good measure of kestrel biology. As the numbers are filled in, we will eventually be able to discern areas in which kestrels are sparse, examine trends in box occupancy, and determine if nest-cavity shortages are really having an impact on the population in certain areas. 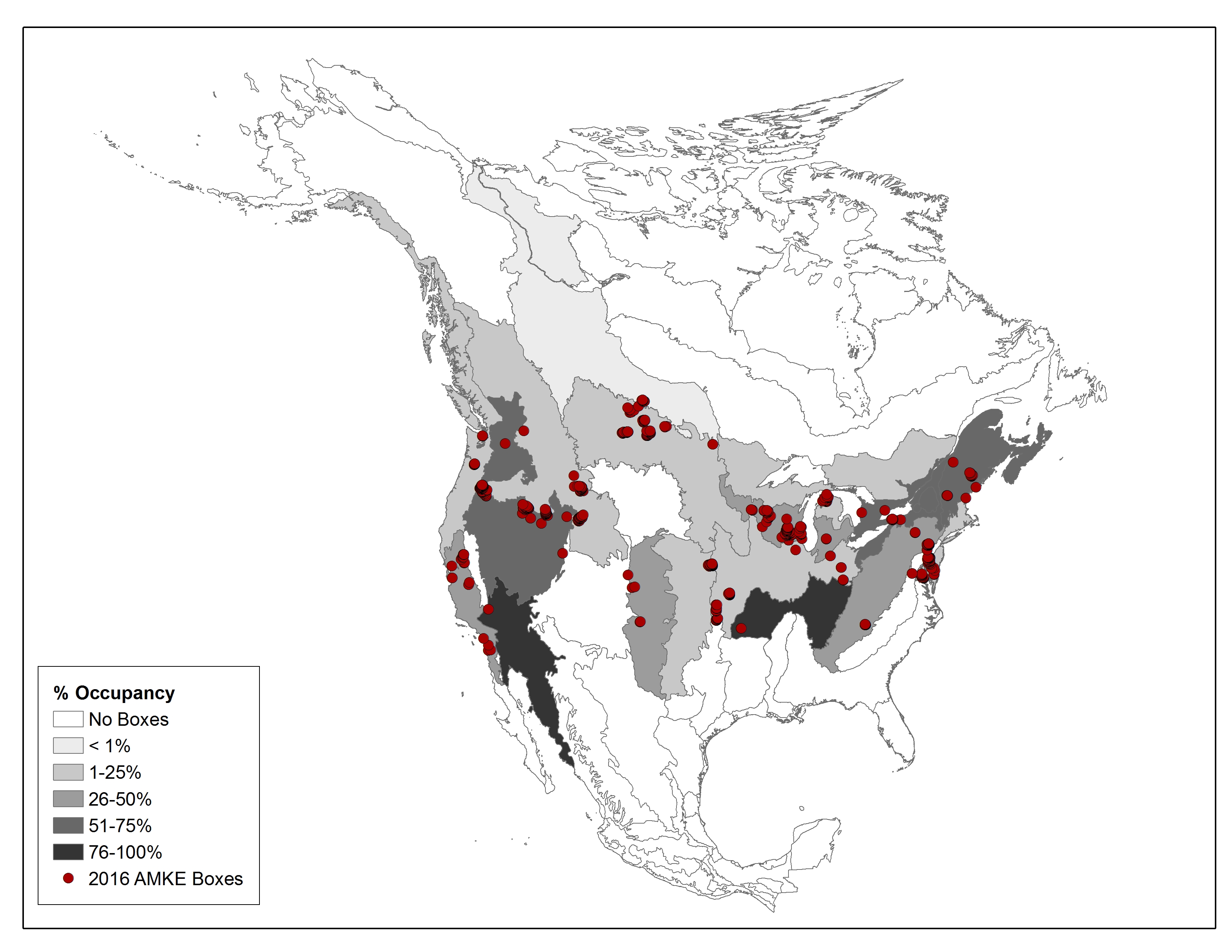 American Kestrels are not the only bird species that like to nest in cavities. There is one bird in particular that is of great interest to us: the European Starling. Starlings are invasive cavity-nesters that have become entrenched in much of the United States. It is quite possible that starlings are competing for nest cavities with kestrels, perhaps contributing to the kestrel's decline. 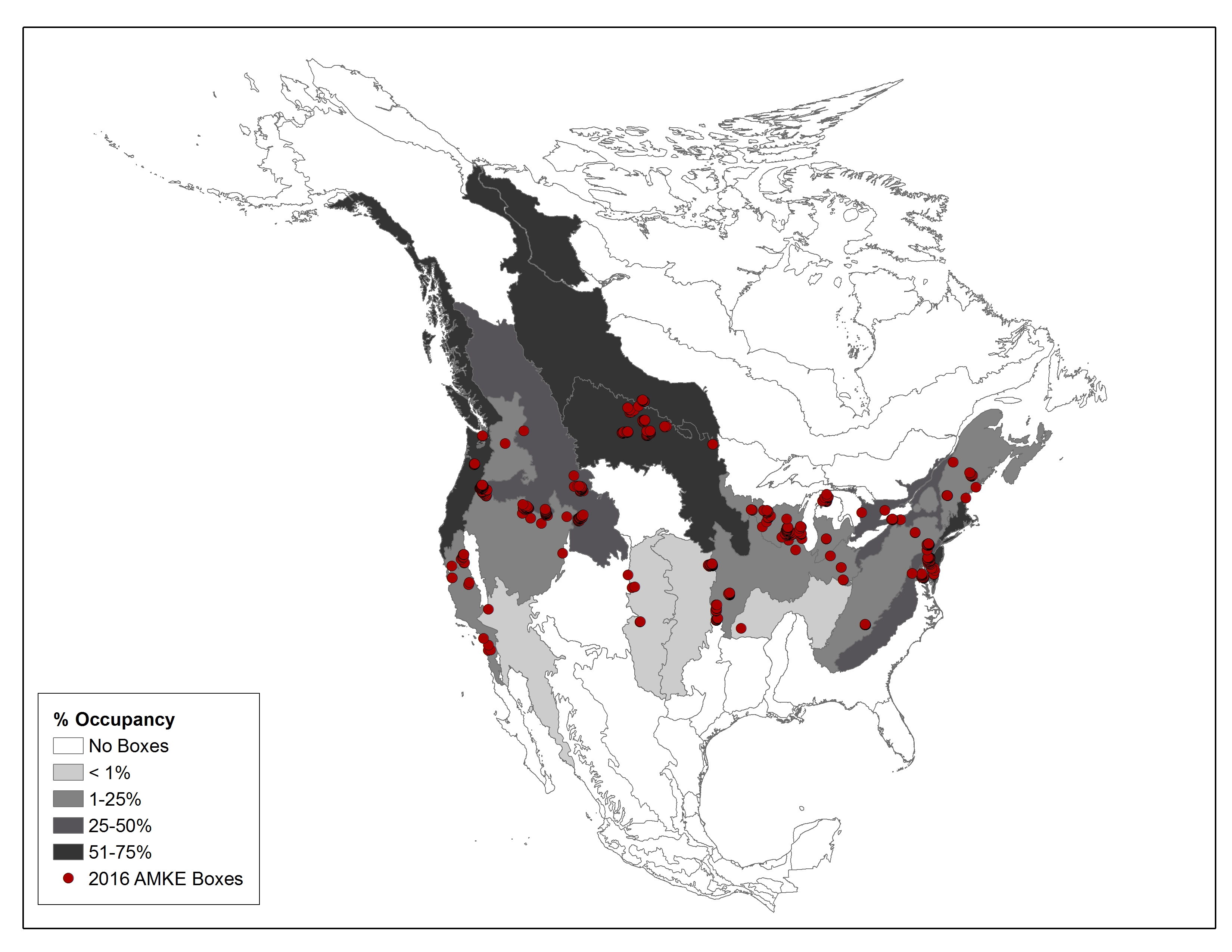