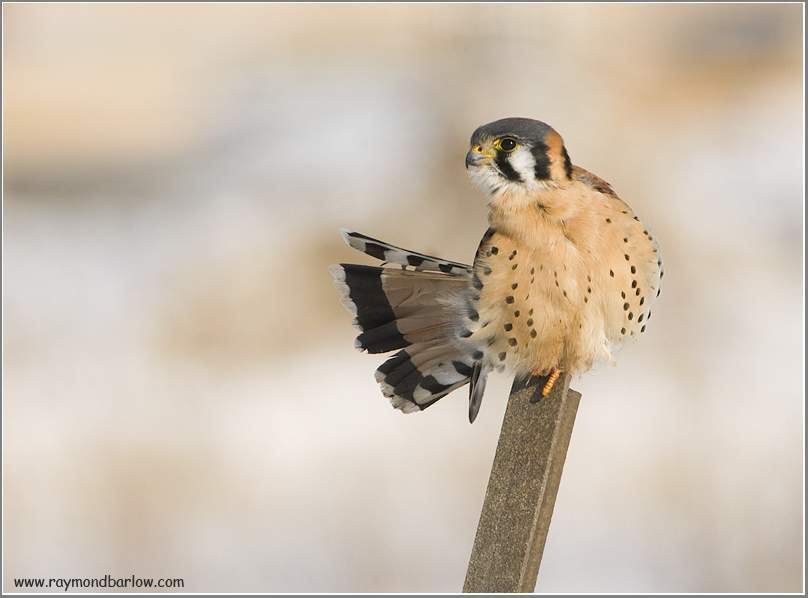 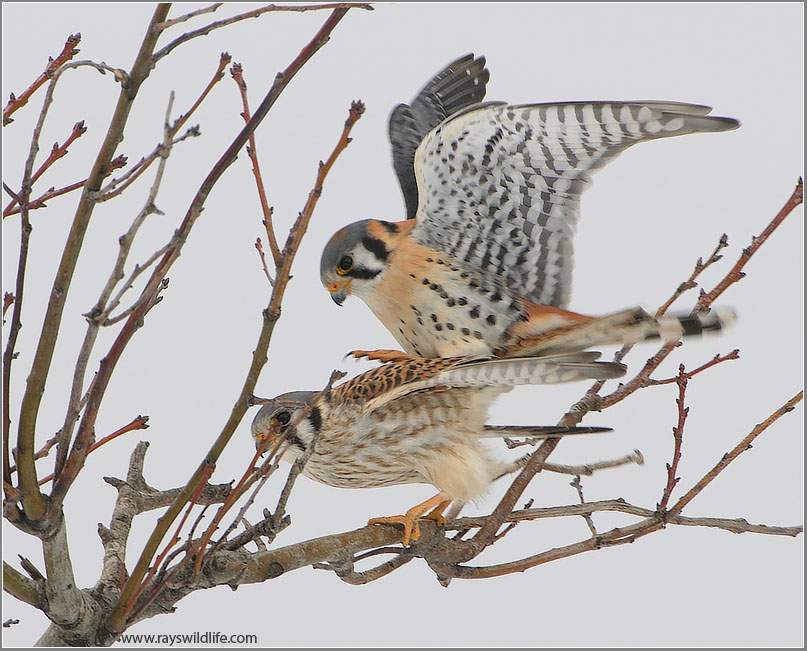 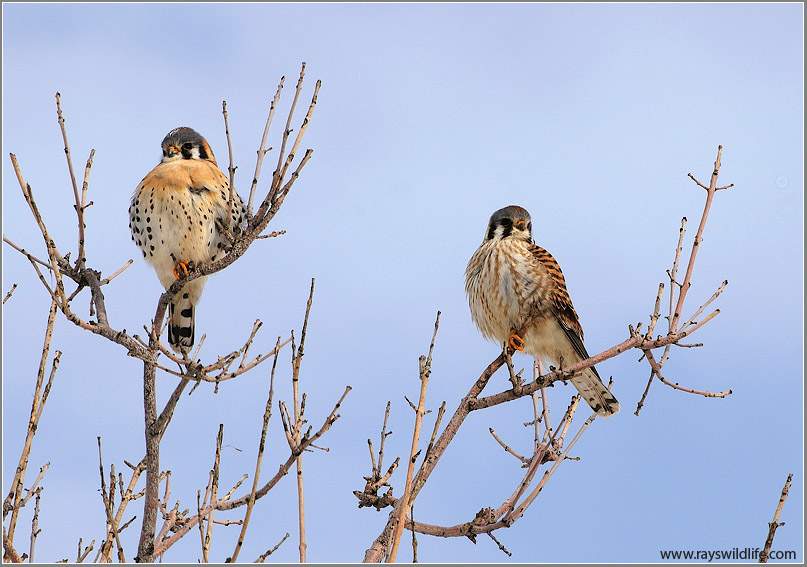 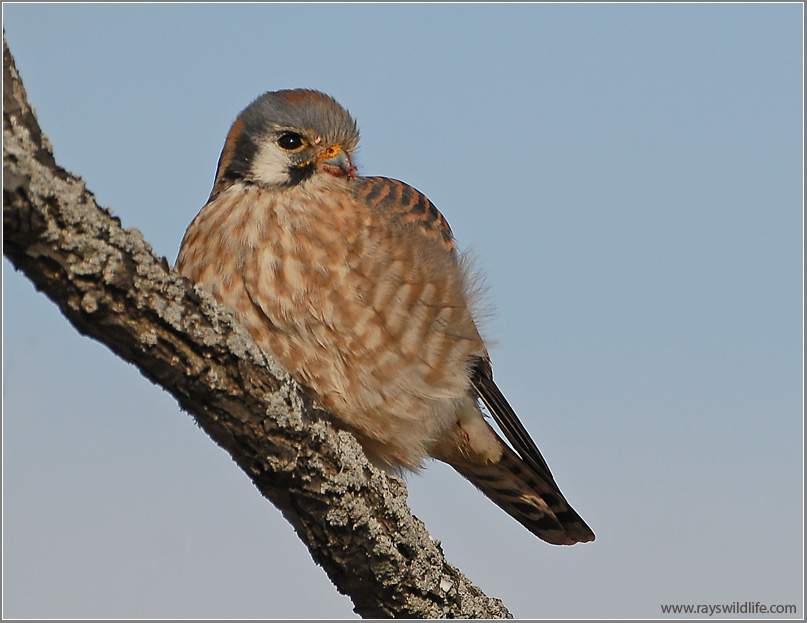 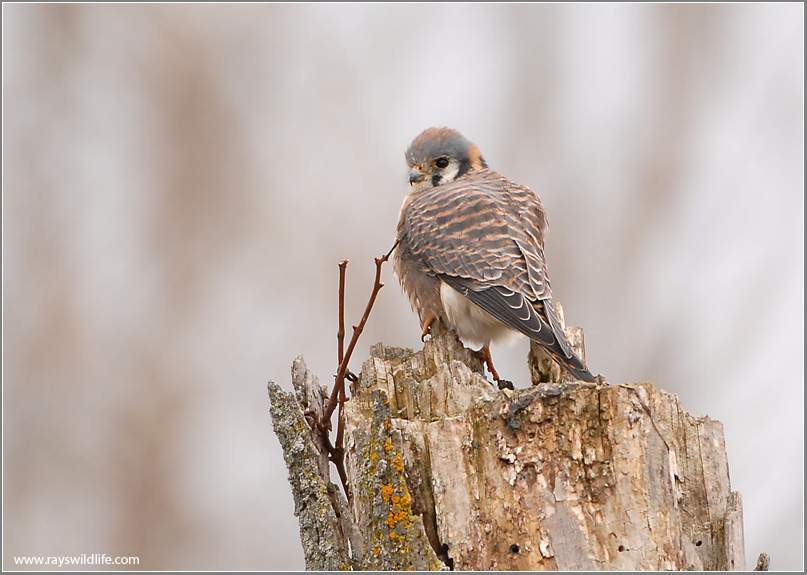 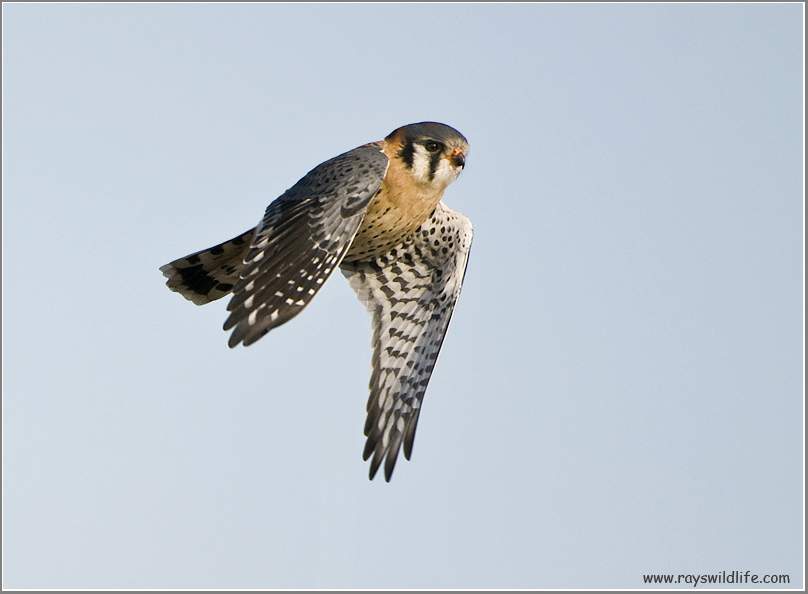 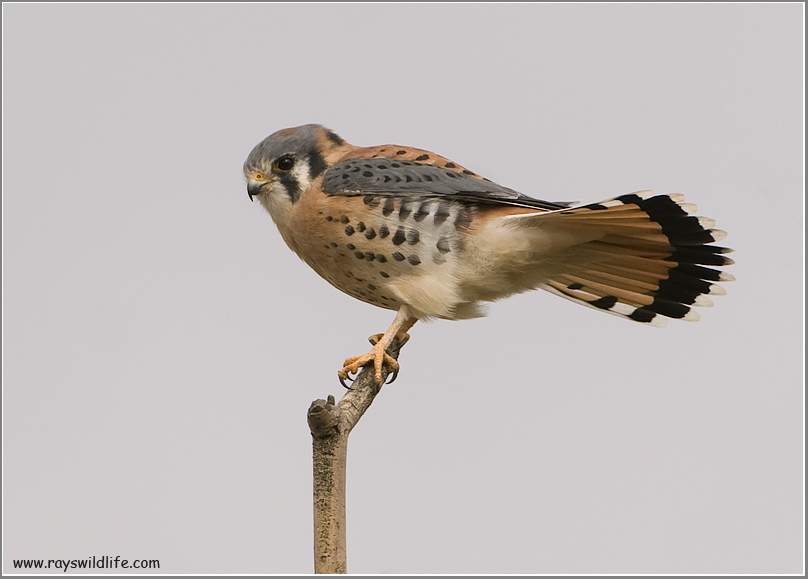 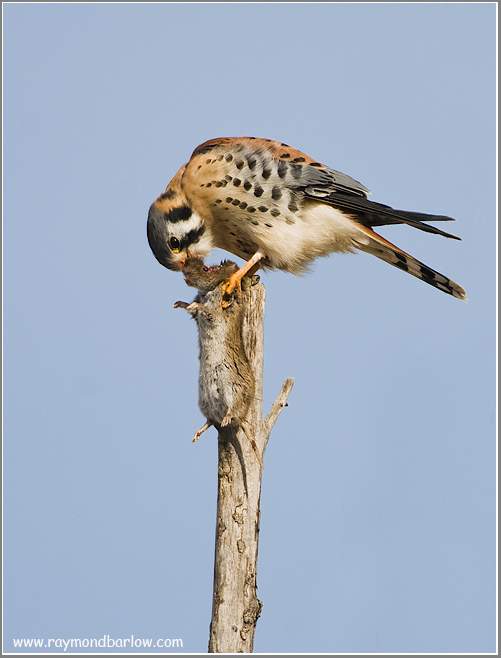 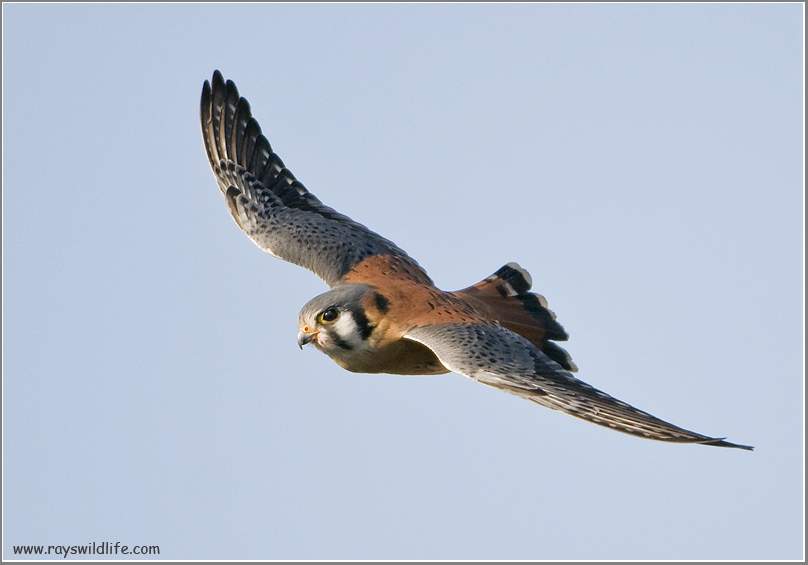 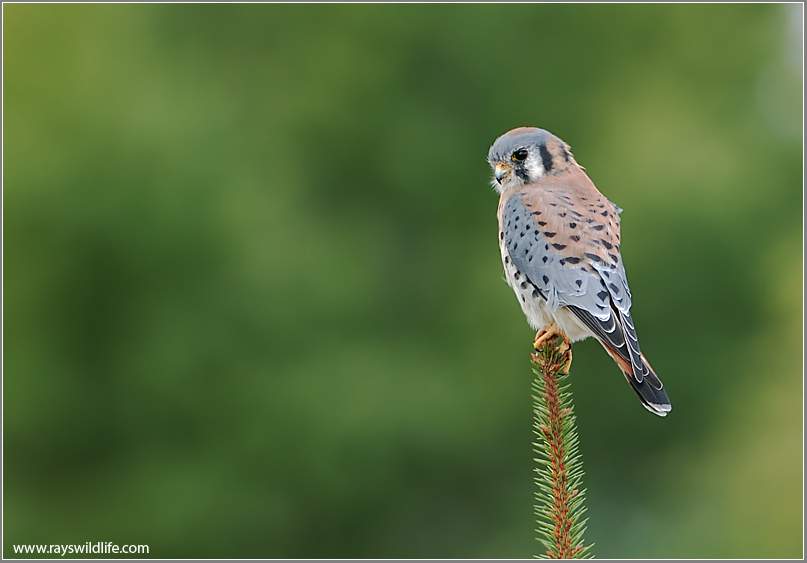 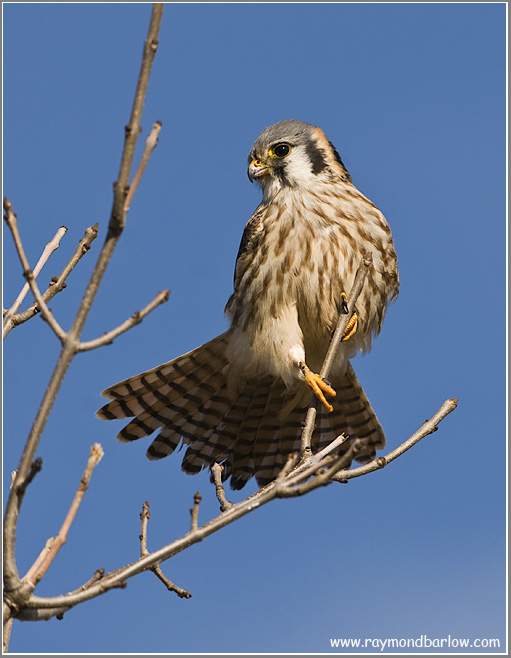 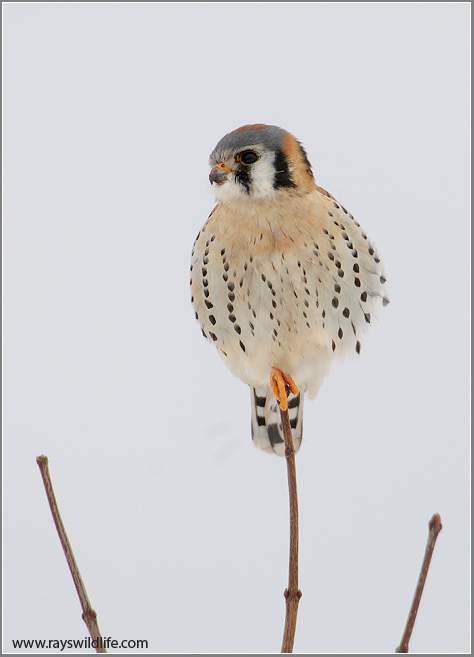 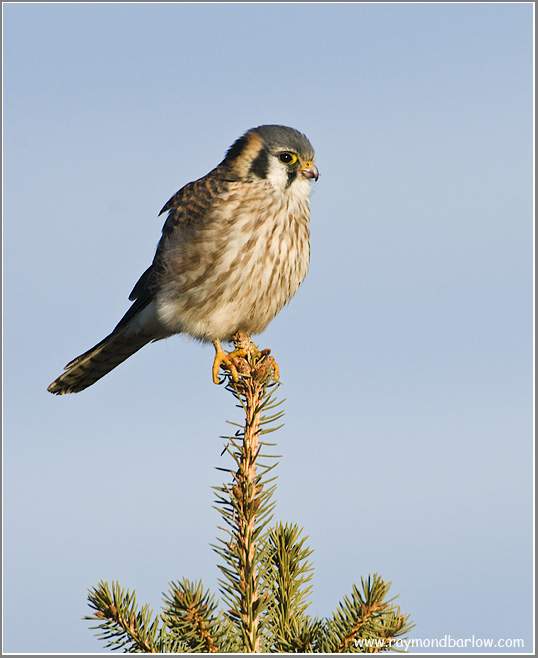 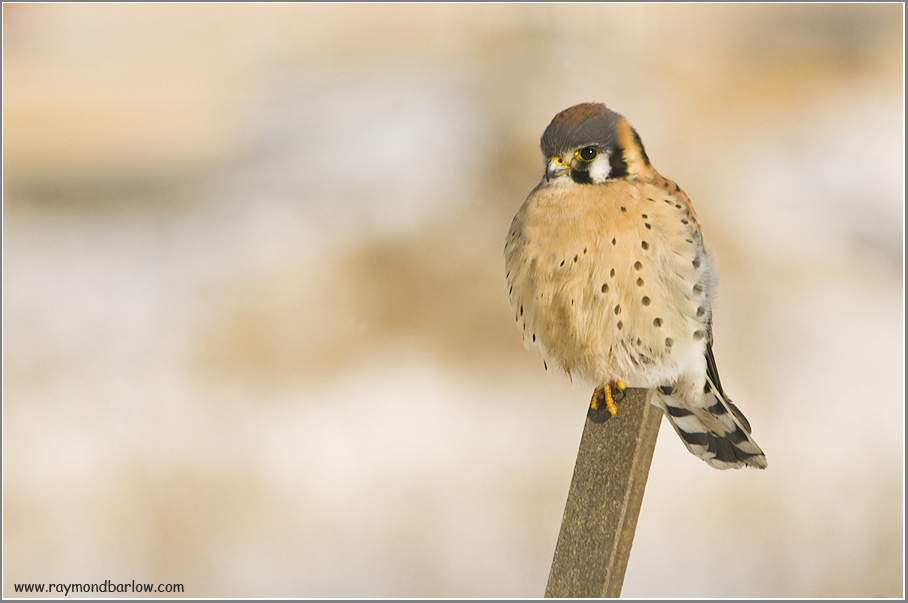 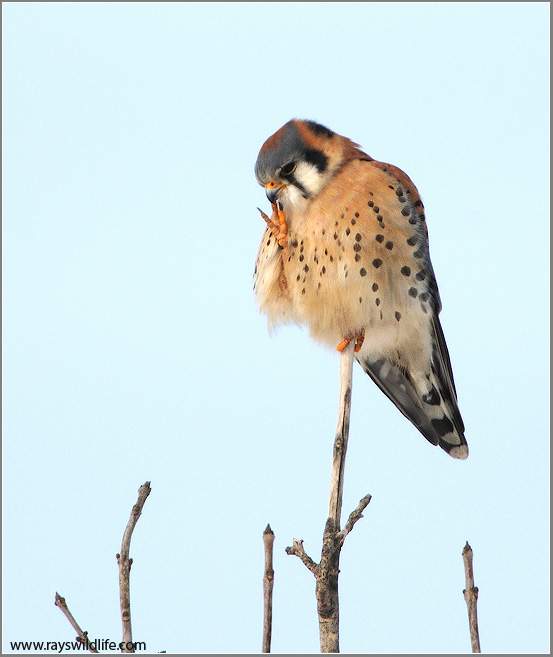 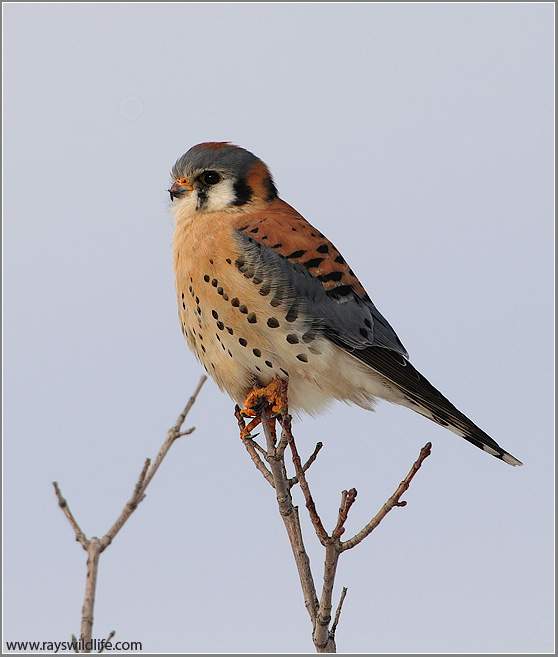 I live in Grimsby, Ontario Canada.  I owned a HVAC contracting business for 20 years, then finally closed the doors, and started full-time photography workshops and tours on September 14th, 2008. My love for cameras and photography began when I was very young; my father lent me his old black and white with a roll of film, maybe 12 images, for a school excursion to Toronto.  Since then, I have had several cameras, and lenses, taken 100s of thousands of images, and the passion seems to grow stronger every day.  My passion for capturing birds and wildlife began at the Manila Zoo, where my wife Daisy and I found the "Bird Man" there, and he had four raptors set up in a fantastic  scene!  I fired several hundred shots at these beautiful birds with my newly acquired 70-300 lens one day, and it seems that was the turning point: I said to Daisy, "this is where I belong!"

At 45 years old, I found my destiny!  From there I started to follow and participate in forums, where I met fellow nature enthusiasts Peter Darcy and Eric Dumigan.  They encouraged me to work harder and learn!  I am self-taught (with the help of a lot of friends) and continue to pursue a dream of photography as a full-time profession.  I host travel tours and workshops around the world, and local workshops near Toronto, Canada.  We go to places like Yellowstone, Tanzania, Costa Rica, Alaska, Florida, India, and British Columbia.  I consider myself to be a creative photographer but working toward realistic captures of nature.  I do not over-manipulate my work in photoshop or any other programs.  I never use flash with nature photography, as I love to work with natural subjects and natural light...from an artistic point of view.  I do not ever change backgrounds for my images, or re-invent the scene in any capacity, but these are only my personal opinions.  My dad always said, "to each his own".

Action photography is undoubtedly my favourite thing to do; birds in flight, animals chasing, especially hummingbirds in flight ... this is what rocks my world... so much fun! I guess it is all about challenge!  We photographers love to learn and take on some of the most difficult situations.  Please follow my work by signing up for my newsletters on the right side of my blog page!

Kate Davis has been immersed in a world of wild animals beginning as a teenager with the Cincinnati Zoo’s Junior Zoologist Club, and she founded her nonprofit organization Raptors of the Rockies in 1988. The Western Montana facilities house eighteen non-releasable and falconry birds - ambassadors in 1400 education programs and models for Kate’s art and images. Her first book was Raptors of the Rockies, for kids. She then collaborated with photographers Rob Palmer and Nick Dunlop for Falcons of North America and in 2011 Raptors of the West, which won the National Outdoor Book Award and Montana Book Award Grand Prize. Her new book on a Bald Eagle nest that fledged four young features 135 of her photographs and will be out in 2013. Kate shoots a Nikon D700 and D800—a fan since her father got her hooked on photography as a kid, black-and-white darkroom in the basement. She, Rob and Nick are planning another book collaboration, this one on American Kestrels!

Shortly after moving to Providence, RI, I pointed binoculars at a pigeon perched high on the downtown bank tower and immediately saw it was not a pigeon – it was something eating a pigeon! I looked online, identified it as a peregrine falcon and learned how wildlife officials had installed a nest box on the building to encourage the recovery of this once endangered species. From then on, whenever possible, I eagerly watched the falcons from my window.

I soon began to notice pigeon carcasses downtown with all of their feathers pulled out, and suspected the falcons must be hunting here, so I made sure to always have my camera with me. One day as it started to snow, I finally saw a large raptor standing on the ground in the park next to the bus station. I quickly got down in the dirt and took some of the best pictures of my life. I couldn’t believe this wild animal was right here downtown in the city. And, to my surprise, it was not a peregrine falcon – it was a red-tailed hawk.

After that experience, I was hooked on photographing birds, especially urban raptors. I enjoy going on missions to find and photograph elusive owls and rumored leucistic hawks, and I was especially excited when a young kestrel landed outside my window to have his portrait taken. Thanks to my photography, I've met wonderful people at the Audubon Society of RI and someday hope to train as a licensed raptor rehabilitator. My favorite day of the year is when I join wildlife officials as they band the peregrine falcon eyases - it's the only occasion I get close to the falcons that I can usually only admire from a distance.

I've been honored to have my photography published in The Providence Journal and exhibited in the Washington DC office of Senator Sheldon Whitehouse (RI).

Mia McPherson is a nature lover, wildlife watcher and a bird photographer. Mia first become serious about bird photography when she moved to Florida in 2004 and it wasn’t long before she was hooked. Her move to the Salt Lake area of Utah was a great opportunity to continue observing their behavior and photographing birds.  Her approach is to photograph the birds without disturbing their natural behavior. Mia uses Nikon gear and has multiple camera bodies and lenses.

Mia has images featured and published on the Florida Shorebird Alliance website (flshorebirdalliance.org), the Natural History Museum of Utah, the Riverlands Migratory Bird Sanctuary in Missouri (a US Army Corps of Engineers and Audubon Society project in the St. Louis area), and BirdWatching magazine, with the most recent being the cover image for the October 2011 edition.

As a naturalist, Rob has been involved with animals since he was very young. He has always had a passion for birds of prey, and has pursued that passion throughout his adult life. In college, he spent numerous hours studying the nesting territories of prairie falcons in Northeastern Colorado, and additional time researching screech owls nesting along the Boulder Creek trail in the center of Boulder, Colorado.  Rob taught life science and biology for seven years in the late eighties and early nineties. Since that time, he has spent most of his free time studying raptors and refining his photography techniques.

Photography has always been a part of Rob's life. He began taking pictures with a Polaroid black and white camera when he was twelve, then quickly moved on to a 35 mm SLR. His first SLR was a Kowa. In high school he became the school's photographer and was able to use the school's Pentax cameras. The basics in photography have stuck with him.  Rob shoots all Canon Digital with lenses up to 500 mm.

Rob was featured on the cover of Birders World, Living Bird and American Falconry, and published two books, and was the principle photographer for three other books.  Please visit Rob’s website for more information: www.falconphotos.com

Although I have been photographing nature since I was a child, I have recently concentrated my focus on birds. Throughout my life I have had the opportunity to use many different camera formats but am now using Nikon digital (D300) cameras exclusively. This eliminates the time and mess of a conventional wet darkroom and actually gives me much more control over my final results.

My past assignments include three years as a staff photographer for Lyndon B. Johnson, freelancing for UPI and some short stints with the National Park Service. I am now retired and combining my love for photography, nature and birding in particular in building this extensive portfolio of quality wildlife photographs. My photos are being carried by VIREO, Cornell University Ornithology Labs, and have been published in various birding magazines in the US, Mexico and Europe. My photographs are available in bird supply stores, bookstores, restaurants and on-line at www.kevinsmithnaturephotos.com.

Most of my photographs are of western birds and wildlife, but as I expand my travels this is changing. Please note that my website is always under construction. You should find new material with each visit (See New Sightings in the left column). Enjoy and please let me know what you think of my site at the address above.