The map below illustrates model-estimated average % annual population change, based on Breeding Bird Survey (BBS) data, for Bird Conservation Regions (BCRs), which were developed by the North American Bird Conservation Initiative and are based on similar bird communities, habitats, and resource management issues.

Selecting a BCR from the list on the right will produce a graph showing the BCR’s model-estimated average number of American Kestrels counted per BBS route (24.5 mi/39.2 km) per year, typically from the late 1960s to 2010, depending on data availability. 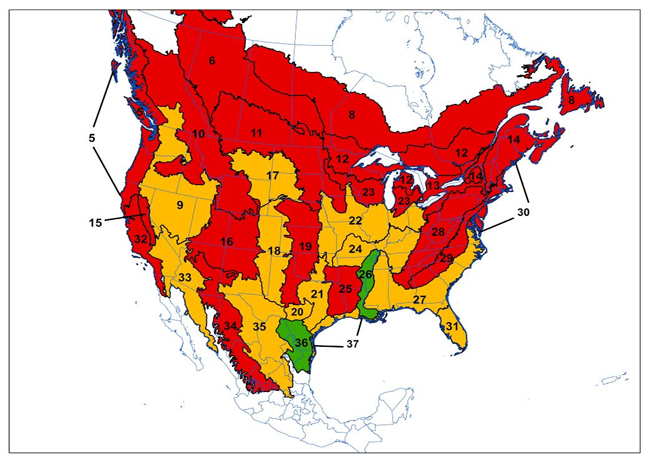 N: number of BBS survey routes within BCRs that provided the data for estimates of abundance and population change.

% population change is a simple ratio of average abundance estimates for 1966 and 2010.